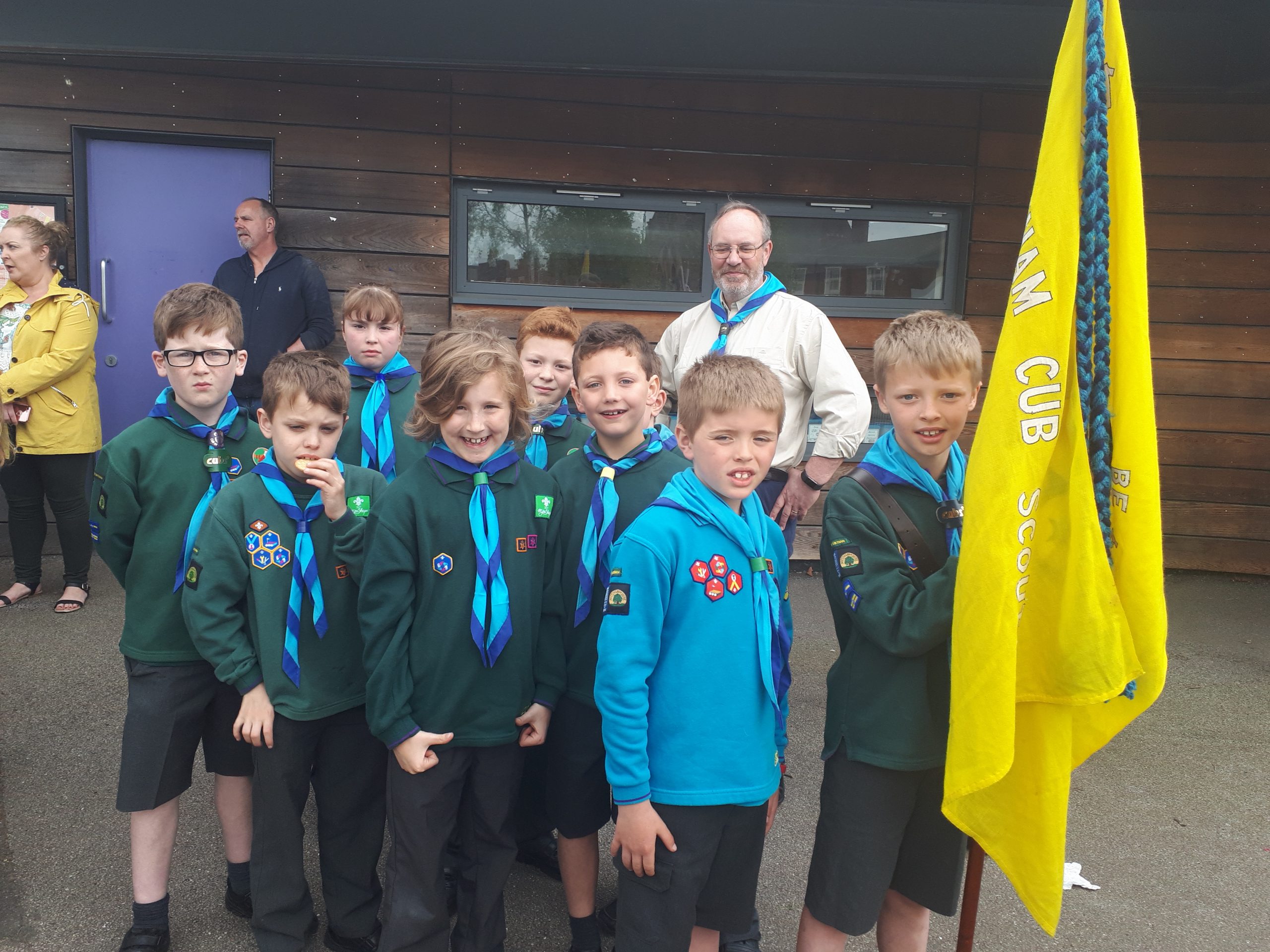 1st Flintham Scout Group were invited to take part in the Remembrance Service at Screveton Church on Sunday 12th November.

There was a good turnout of Cubs, Scouts and a few Explorers. At the service the section flags were paraded up the aisle to be placed at the altar. During the service Freya (Explorer) gave a reading and Demi-Louise & Finlay (Scouts) collected the collection from the congregation. A wreath was also laid by a Cub Scout Leader after the 2 minutes silence.

There was also enthusiastic participation by the Cubs during the vicar’s address, which was nicely aimed at the youngest in the congregation.

After the service a parade, led by the Group flags, from the church to the Screveton War Memorial. Here small named crosses were placed for each of the 11 airman that died in a mid-air collision in April 1944, together with other small crosses.

After this short ceremony, it was back to the church for some much needed refreshments and drinks. 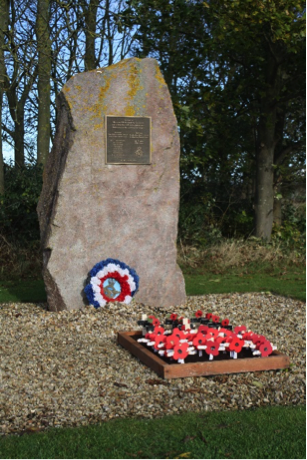 What a great weekend away in Skegness for the Flintham cubs. We stayed at the Seascouts’ hut and enjoyed fish and chips for supper. Fantastic weather for the beach and paddling pool enjoyed by all with ice creams to finish the day. The Aquarium was amazing, all the cubs & adults found something interesting, and the divers at feeding time were so funny.

Flintham Cub Scouts took part in the national celebration which included a Promise renewal to commemorate the official registration date of the Cub Scout section in 1916. Previous Cub Scout leaders attended the evening at Flintham Village Hall where the current Cubs played games and took part in a quiz challenge.

At 7:16pm (or significantly 19:16) Flintham Cubs and Leaders joined many others throughout the country in renewing the Cub Scout promise.
Everyone then retired to the Scout Hut for drinks, hot dogs and a slice of a magnificent homemade cake. 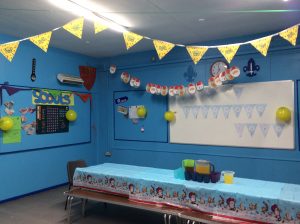 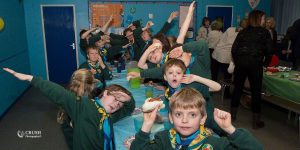 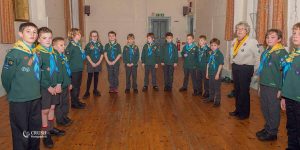 They took part in a two day expedition, where they had to carry all their camping, cooking, food and clothing across the Nottinghamshire countryside.

For their volunteering they gave their time to Elston and Flintham village shops, the British Heart Foundation shop, taught cricket to younger children, helped out at the eco farm at Screveton, and the Flintham Beaver colony.

They learnt and improved their skills in singing, Taekwondo, piano, home cooking and even helped design and setup the Flintham Scout Group website.

Over the half term, eight Explorers redecorated the Scout Hut ably assisted by three parents and the Explorer leaders.

A great time was had by all as well as a job well done. Although one observer candidly pointed out – “We would have used less paint if there were not as much paint on the explorers as on the walls!” 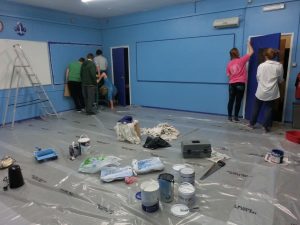 Our cubs went to London, at the end of September, as part of our 100 years celebrations. We had an early start on the train and then took a bus to the South Bank where we walked to the London eye: it was very busy with lots of people around.

Whilst at the top of the London Eye we invested 2 new members. The views where fantastic and we could see for miles as it was a clear sunny day. We then boarded a boat to Greenwich park and had our lunch on the boat.

At Greenwich we played games on the grass then we went to the Royal Navel museum. We went back to the South Bank on another boat and had a McDonalds for tea before getting a bus to the station.

We got home at 9pm very tired but with everyone having thoroughly enjoyed their day out.

Many thanks to all our parents and helpers who joined in, you made it a very special day for us and the Cubs.

13 Flintham Explorer Scouts completed their Bronze Duke of Edinburgh qualification expedition despite the atrocious weather on the first weekend in July. Well done to all! 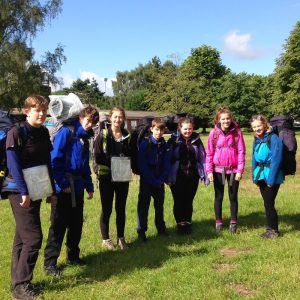